La Posada was originally  an adobe house built in the 17th century,  situated around a  lovely central courtyard ,  hacienda style,  which was typical of  the houses built during this time period.  We have been told the front portion of the hotel was at one time,  a large store that carried a wide variety of products including hardware, fabrics, pastries, candy, wine and gifts. Today it houses the restaurant where you can experience traditional Sonoran food and the famous Chiltepín flan which has an  exquisite sweetness with a spicy twist 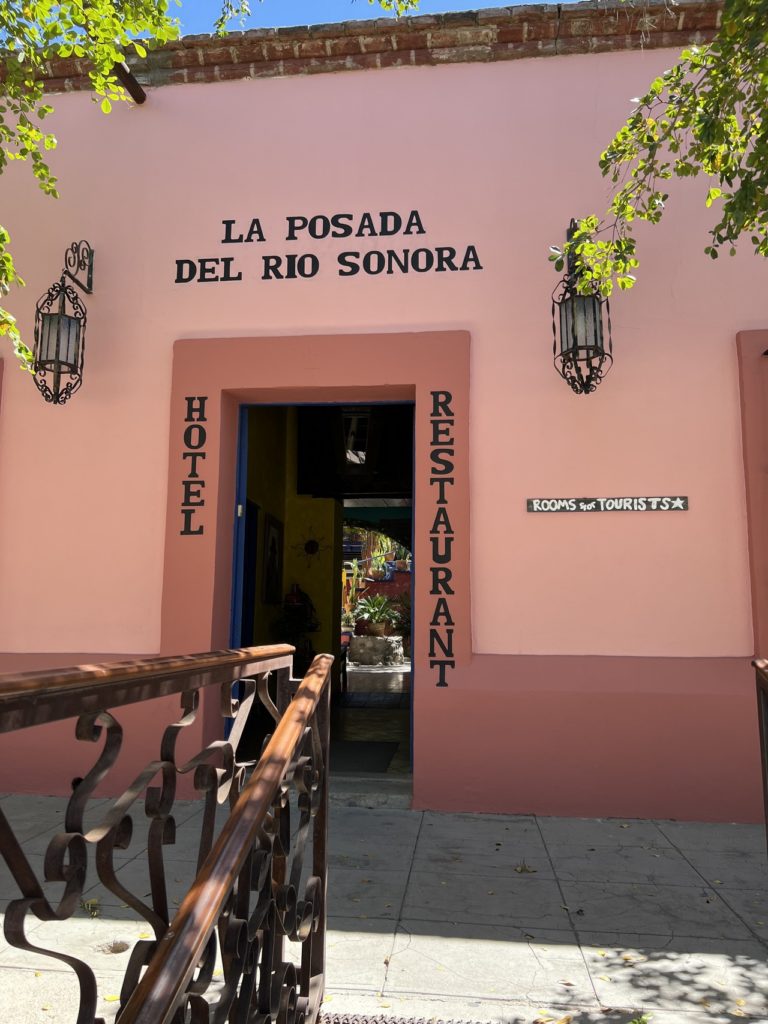 The hacienda was purchased  by an investor in the early 2000s with a plan to turn the historical building  into a hotel, while at the same time preserving  as much of the historical building as possible. Using local craftsmen and materials, the rebuilding took approximately 7 years to complete before becoming what is currently known as Hotel La Posada del Rio Sonora. It is the  perfect place to unwind,  relax and refresh.

The hotel is full of  unique  furniture and decorations  purchased on travels to Afghanistan, Africa, China, India, Mexico, Pakistan and Thailand.  Each  room has it’s own style  decorated  with purchases from  these travels.   It is truly a feast for the eyes and a photographer’s paradise.

Banámichi is a magical  pueblo in the state of Sonora, Mexico with approximately 2500 inhabitants. It is truly old Mexico and a bit like stepping back in time. From the magestic mountains surrounding the lush The original pronunciation,  Banamitzi meaning “ Where the water turns, “  was derived from the ancient Opata language. Banámichi borders Arizpe to the north , Huepac and San Felipe de Jesús to the south, Compass to the east and Opodepe to the northwest. 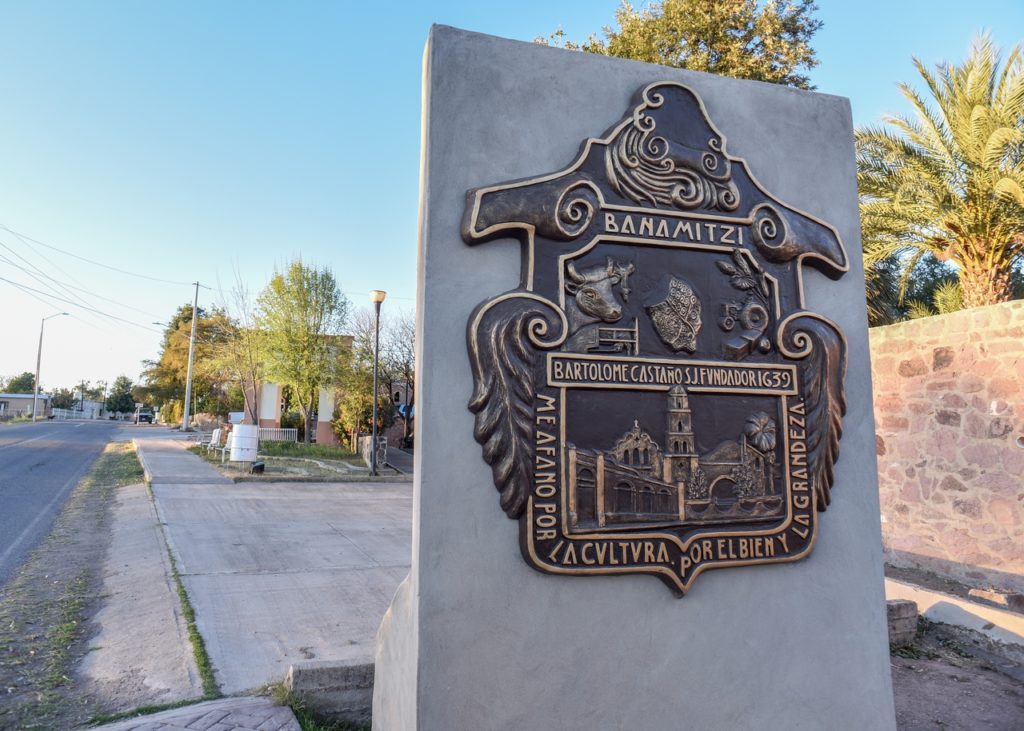 This territory, which belonged  to the Opata ,was founded like other missions along the Ruta del Río Sonora, by the Jesuit missionary Bartolomé Castaño in 1639. It was  named Nuestra Señora de los Remedios de Banámichi. The primary industry was agriculture and livestock , and still is today with the addition of the gold and silver mine.

What is there to see and do in Banámichi?

Plenty! Relax and enjoy the tranquility and attractions that Banámichi and nearby towns have to offer you.

Temple of Our Lady of Loreto 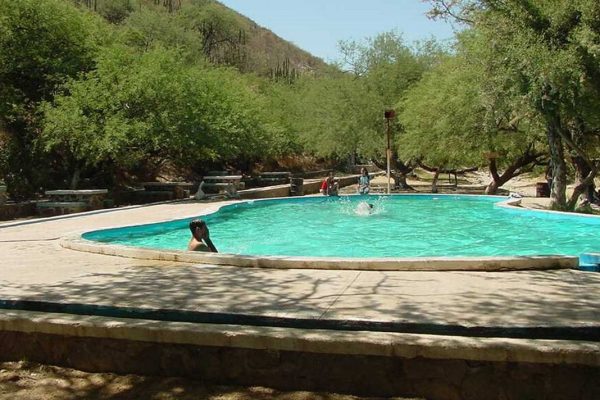 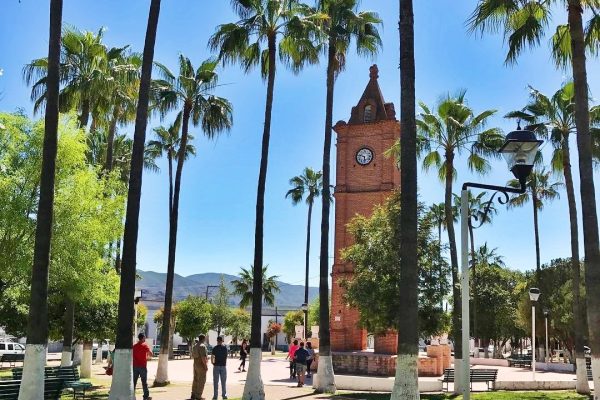 Travel enthusiasts Darrin and Cheri Jones of Decatur fell in love with La Posada del Rio Sonora. They recently bought and moved into the two-apartment, 10-room hotel in Banámichi, Mexico, which is less than five hours from Tucson. The Joneses envision the old Mexico town as a future tourist attraction.

In 2002, fed up with the day-to-day routine of full-time jobs and feeling life was passing them by, Darrin and Cheri Jones bought a boat to sail to the Florida Keys. 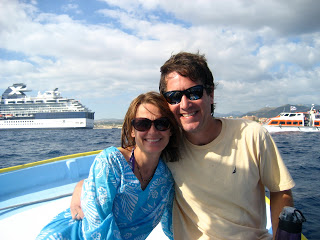 That dream led them to Morehead City, N.C., where they met Ed and Trudi Hardegree.

“We were on our boat when we saw Ed in his rowboat. He looked like a true salty sailor with gray hair, a gray beard and wearing a rain jacket,” said Cheri. “We instantly became friends and remained friends.”

She called the chance meeting “serendipity.” It was a meeting that would eventually alter the lives of the Decatur couple eight years later.

At the beginning of 2010, Darrin and Cheri Jones lived a typical life. A 30-year resident of Decatur, Darrin, 45, worked as a salesman for an aluminum manufacturer. Cheri, 43, worked as a labor and delivery nurse at Parkway Medical Center.

Like many couples, they loved to travel, especially to South and Central America and Mexico.

“Everyone we work with teases us about how we work just enough to earn enough money so we can take a trip somewhere else,” Cheri said.

In March, Darrin and Cheri set off on one of their travels. Their destination: the Hardegree home of their close friends Ed and Trudi Hardegree in Douglas, Ariz.

“All four of us decided to go down to Mexico, and Trudi pulled out a brochure for a hotel she had picked up in Tucson three years earlier. Ed said ‘Jones you need to buy this hotel,’ ” Cheri said. “We all laughed.

It may have been the smell of the orange blossoms, the view overlooking the mountain or the community’s welcoming spirit. Whatever the reason, within a day of arriving at La Posada del Rio Sonora in Banámichi, the Joneses knew Ed was right. 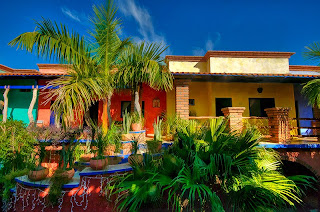 “Before we were there for 24 hours, I knew this was the place for us. This was the place we needed to buy,” Darrin Jones said. “It was safe, secure and beautiful. There was also a peacefulness about it and an antiquity.”

After 20 years of traveling, and looking at property in Belize, Panama, Honduras and Cabo San Lucas, the Joneses fell in love with La Posada del Rio Sonora.

“It looks like the old West, the canyons and cactus and blue skies; it is impossible to describe without seeing it,” Cheri said. “The mountains, the valley, the farmland — it was like a dream world.”

There was only one problem — no one, not the hotel workers nor the folks in town, knew if the property, which was on the market three years ago, was for sale.

Then fate, again, stepped in.

“We saw this interesting looking man walk by and Ed wanted to meet him. He was the only other gringo we saw,” said Cheri, practicing her Spanish slang. “The man was Bill Steen and a friend of the owner. He said he would give our contact information to the owner.”

A week after Darrin and Cheri returned to Decatur and settled into their day-to-day lives, Darrin’s phone rang. 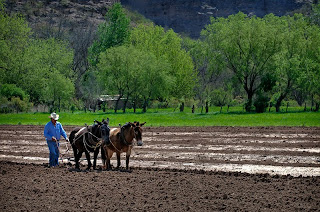 On the other end of the line was Bill Harmsen Jr. The son of the creator of the Jolly Rancher, Harmsen bought La Posada del Rio Sonora in 1999. For seven years Harmsen and a team of five workers transformed the run-down building into hotel and restaurant.

After hanging up with Harmsen, Darrin called Cheri.

“When I answered the phone he said ‘Guess what, we just bought a hotel in Mexico,’ ” Cheri said. “They worked out a deal and Darrin bought it right over the phone. After traveling so long in the region, we knew we would eventually buy property there. It just happened sooner than we thought. But we couldn’t pass up the dream.”

Last Sunday, with a trailer in tow, Darrin and Cheri, traded rows of fast food restaurants for home-cooked meals, the Tennessee River for hot springs and mineral springs and the traffic-congested Sixth Avenue for the less-traveled roads of Banámichi, Mexico, where horses are more common than cars.

“Banámichi is old Mexico, the way it was 150 years ago. Cowboys ride their horses down the main street. There really are no restaurants, just ladies who cook really good. You can go knock on their door and sit down with them and eat,” Darrin said.

Less than five hours from Tucson, nestled between the Sea of Cortez and the Mexican Altiplano, the Joneses envision Banámichi as a future tourist attraction.

“It is kind of an anti-tourist spot, because there are not people who hassle you,” Darrin said. “Here, we do have an active gold mine, horseback riding, repelling, mountain climbing, four-by-four adventures, Indian artifacts and bird-watching. This is a bird watcher’s paradise.”

From the activities to the scenery to the people, the Joneses speak passionately and adoringly of their new home.

“My 10-year plan is to have this hotel up and running successfully, to buy another hotel in Alamos and one on the sea. That way people can tour Sonora from the northernmost colonial city to the water to the high mountains,” said Darrin.

The couple hopes to expand tourist opportunities by renting out scooters and off-road trail bikes, adding a full-service spa and showcasing the local talent, an 18-member folk dance troupe from Banámichi High School. 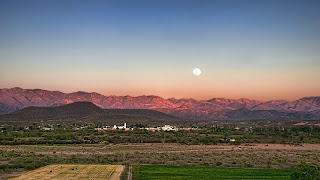 “Last year they won second place in a national competition and the year before they placed third. I want to build an amphitheater on the bluffs overlooking the valley where they can perform,” Darrin said.

The hotel currently features Wi-Fi, massages, cooking lessons and one of the two sit-down restaurants in Banámichi, which serves typical Sonoran cuisine, including juevos con machaca and tortillas.

For their family, co-workers and friends and those who know about Mexico, the Joneses’ decision to leave their two homes, boat and stable jobs to run a hotel in Banámichi was not surprising.

People who do not know the country are the ones questioning their decision.

“The Mexico portrayed on the news is not how all of the country is. It’s like saying all of the U.S. is like Detroit or Memphis or Chicago,” said Darrin, who still works as a sales director but in a different region of the country. “Not all of Mexico is like the border towns. It is much safer and cleaner where we are.” 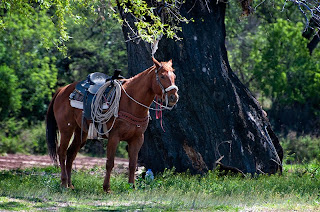 Cheri compares it to growing up in her hometown of Cullman.

“No one locks their doors. If a child leaves his bike on the street someone may touch it, but only to move it out of the street so it doesn’t get hit,” she added. “The only real danger here is falling in love with this place and not wanting to go back. That is what happened to us. This is a place were we can be happy, have less stress and enjoy the beauty of the world.”

Darrin and Cheri plan on selling their boat and one of their properties, but keeping a house in Decatur.

“Decatur and the Tennessee Valley will always be part of us. While Banámichi is wonderful, I will miss the Tennessee River and walking through the historic neighborhoods. We plan on coming back every now and then to get a taste of the place,” Darrin said.

Are you ready to have a Sonoran experience?